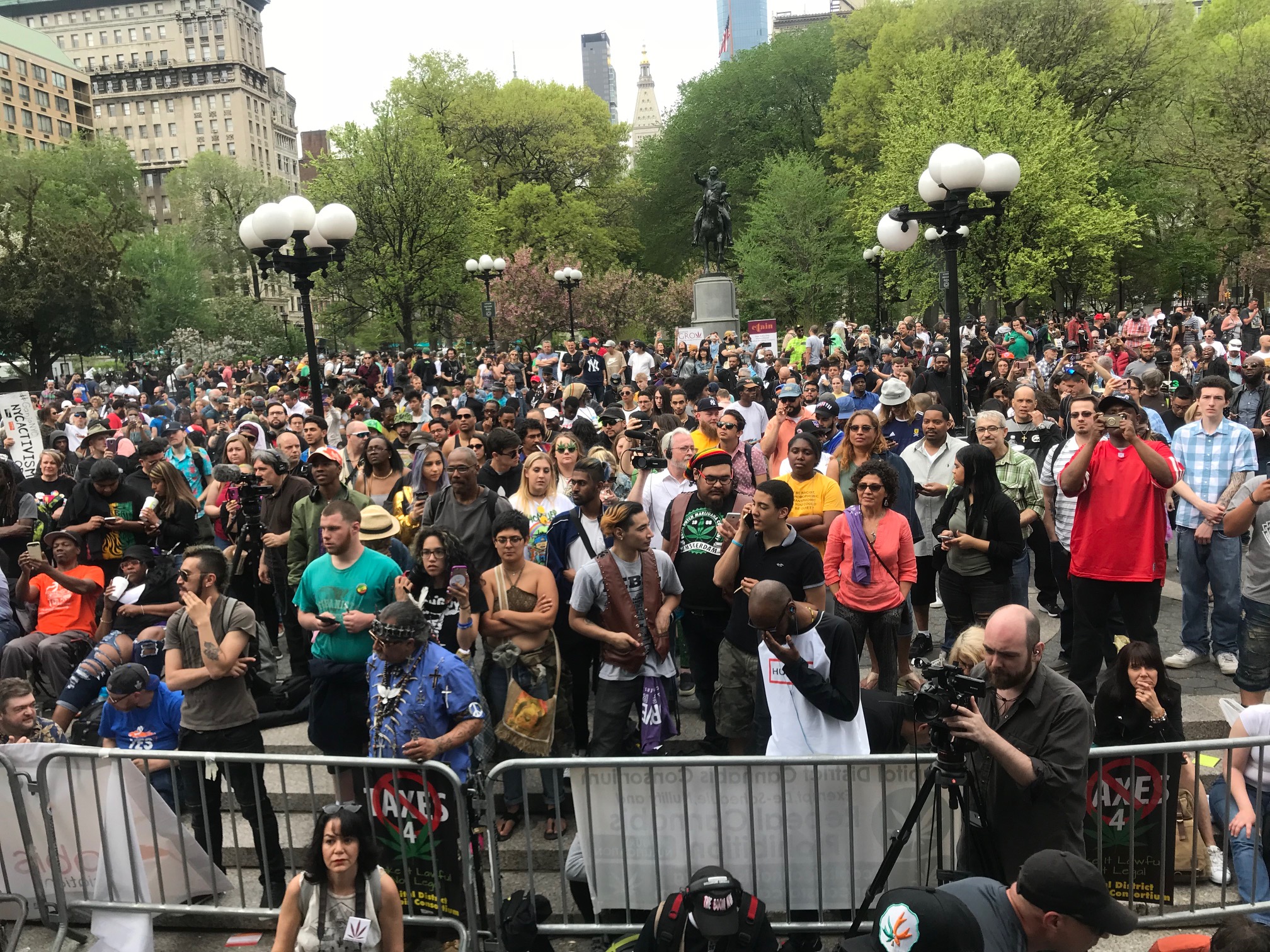 A large turnout at the 2018 NYC Cannabis Parade & Rally in Union Square Park.

The Cannabis Parade & Rally is the largest marijuana event in New York. It’s a major opportunity to show the strength of our community. Over the last few years, elected officials, political candidates and organized labor have marched with us and spoken publicly in support of legalization on our stage.

If you are for cannabis legalization – even if you don’t personally use it – we need you to support this event by organizing groups of your friends to march with us in the parade, come to the rally in Union Square, make signs and banners, share our social media messages and donate what you can afford to help us cover our expenses.

We also ask you to support the advocacy organizations that are fighting for your rights, first and foremost the Start SMART campaign organized by the Drug Policy Alliance. (You can see the list of our coalition partners here.) The prohibitionist forces are also fighting hard to stop legalization. They are well-funded and well-organized. Don’t believe that real progressive change happens without hard work.

We are not talking about just the right to smoke weed. We’re talking about the Green Revolution in which humanity can benefit fully from the gifts of the cannabis plant, including medicine, fuel, textiles, building materials and a means to clean contaminated soil, save the forests and the oceans and protect the  atmosphere.