STELLAR MUSICAL LINEUP AT UNION SQUARE ON MAY 4 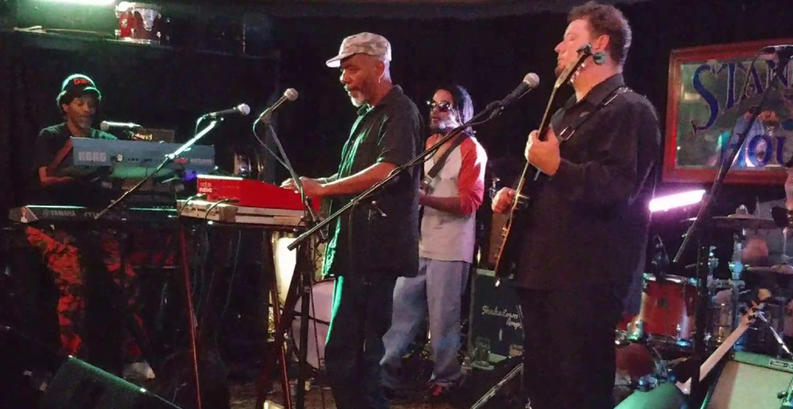 STELLAR MUSICAL LINEUP AT UNION SQUARE ON MAY 4

The Event begins at 11 am with a pro-legalization speak-out at the assembly point at W. 32 St. and Broadway. At 12:30 pm, the Parade marches down Broadway to Union Square Park. The Rally there runs from 1-5 pm.

The musical lineup is as follows:

420 Funk Mob leader Clip Payne has been with George Clinton since the ’70s and acts as the band’s MC on stage. “His first job on the road was as a valet for the Brides of Funkenstein,” the group’s manager Chuck Hager explains. “One night on P-Funk tour, George gave him a mic and told him to open up the show. He’s been P-Funk’s MC ever since.”

They’ll close out the show at Union Square with a set of P-Funk classics.

Rally opener High & Mighty Brass Band will march in the Parade and then enter Union Square Park and finish their set on stage. According to the band, “We’re very excited to be performing at the NYC Cannabis Parade & Rally in support of marijuana legalization, a cause we can get behind.”

SoulCake, which features East Village stalwarts Joff Wilson and Laura Sativa, will offer a tribute to David Peel, who performed at the Rally numerous times and passed away two years ago. “We have all long advocated for an end to the unjust and illogical war on weed,” says Sativa, who plays flute in the band. “Its cultural and medicinal value has been suppressed for too long. SoulCake is happy to be part of this important event to raise awareness at this critical point in the fight to legalize. Hemp Hemp Hooray!”

The CCB Reggae All Stars, led by Ricky Tepperberg and Gabe Moses, have performed at the Rally several times in the past when they were known as the High Times Cannabis Cup Band. They formed in the late-’90s as the house band for the Cannabis Cup in Amsterdam. Known for their annual Bob Marley tribute concerts, the All Stars will play a set of Bob classics.

New Haven hip-hop artist Cambatta came to cannabis in a different way. "Growing up in a drug-riddled neighborhood, marijuana wasn’t something I ever considered using or felt I needed," he explains. "But my passion for hip-hop music eventually inspired me to try it out. My friends would always tell me how it could help with my writing and creativity. So, at 23, me and Mary Jane met and since then my life and artistic abilities have improved dramatically."

Following the Parade & Rally, there will be an Afterparty at SOB’s (204 Varick St.) featuring speakers, music and sponsor tables from 5-10 pm. Tickets cost $20 in advance, $25 at the door.

About the NYC Cannabis Parade & Rally

The New York City Cannabis Parade & Rally (NYCCPR) is among the longest running marijuana legalization events in the world. What began as a “Smoke-In” in Washington Square Park organized by the Yippies in 1973 has evolved into a two-part Event: A Parade down Broadway and a Rally in Union Square Park, all on the first Saturday in May. Sister events take place in more than 300 cities worldwide on the same day. NYCCPR is the founding chapter of the Global Marijuana March.

The event’s mission is to end the prohibition of cannabis at all levels – international, federal, state and local. Ten states have legalized marijuana since 2012. New York and New Jersey are both on paths to legalization. Thirty-three states allow access to medical marijuana, including New York, New Jersey and Connecticut. By June, perhaps New York will pass legislation.

These factors make this year’s Parade & Rally all the more important. New York has come a long way from when 50,000 residents were being arrested a year for marijuana possession. Arrests are down and policy has changed since last year. Now the goal is complete legalization, with a fair and equitable commercial marketplace, like in California and Massachusetts.

For more information, go to: cannabisparade.org